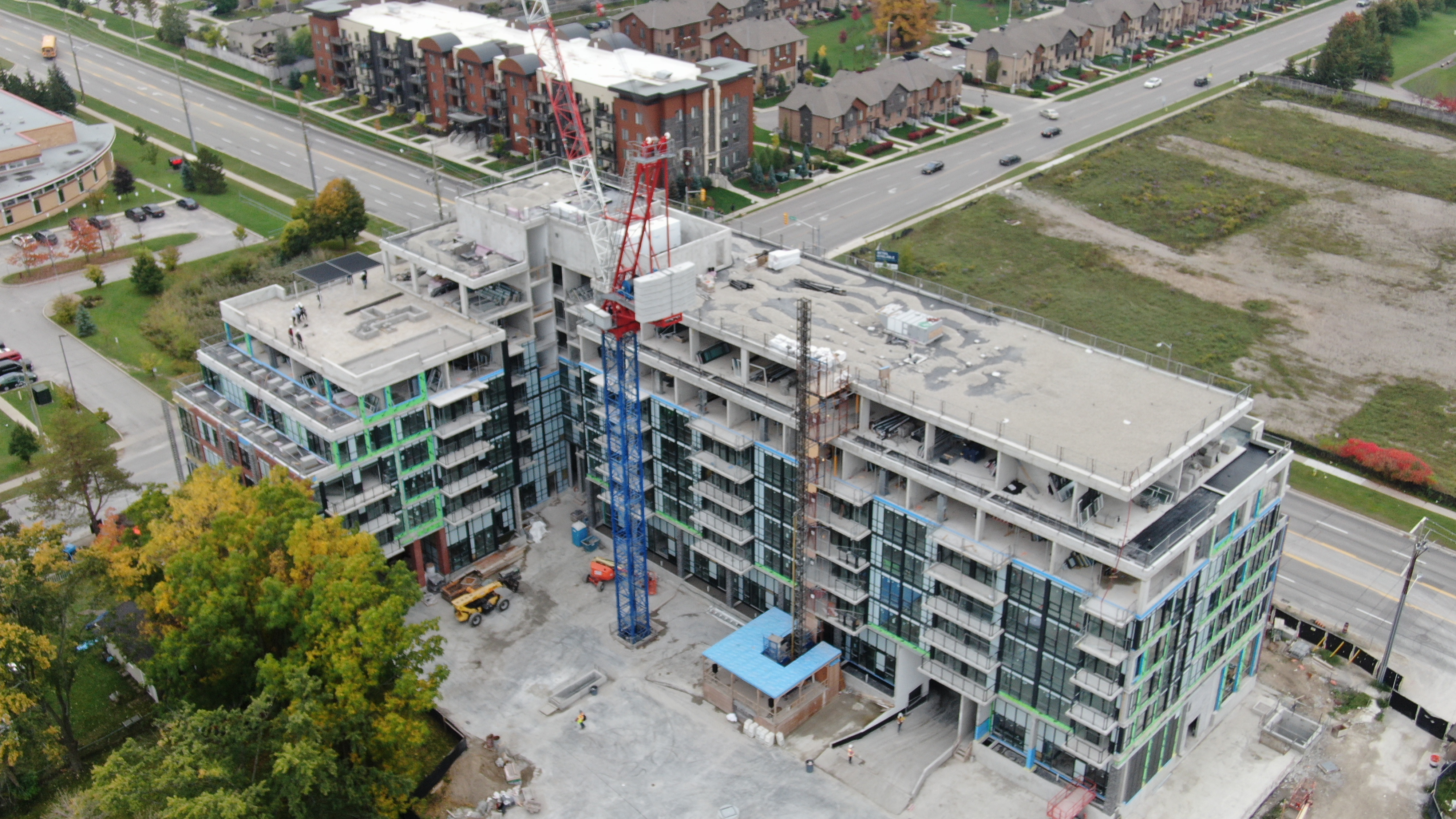 It was an occasion to celebrate! The “topping off” of South District in Barrie signals a huge milestone in the progress of the building.

In building construction, topping off is a builders’ rite traditionally held when the last concrete pour is placed atop a structure during its construction.

Celebrating with a mix of Brixen executives and staff, community members, elected officials, and trades looking on, the “topping off” ceremony at South District was celebrated with lunch on the site.

The topping-off event marks a major milestone for South District. It signifies the symbolic completion of the structural phase of the building, which remains on schedule to receive its first residents in 2022.

“Reaching the topping off milestone puts us one step closer to delivering this exciting condominium in Barrie,” says Co-founder Andrew Iacobelli.  “We should all take a moment to recognize the hard work of our team and trades who have made South District an incredible success.”

Alexander D’Orazio, Brixen Co-founder remarked, “The topping off is an important milestone that recognizes the extensive work and meticulous planning that has gone into South District. It is an honour to be a part of a project that will shape the city of Barrie and be an exemplary contribution to its skyline.”

South District Condominiums is comprised of 183 suites located at 681 Yonge Street, in Barrie. Completion is slated for Spring 2022.